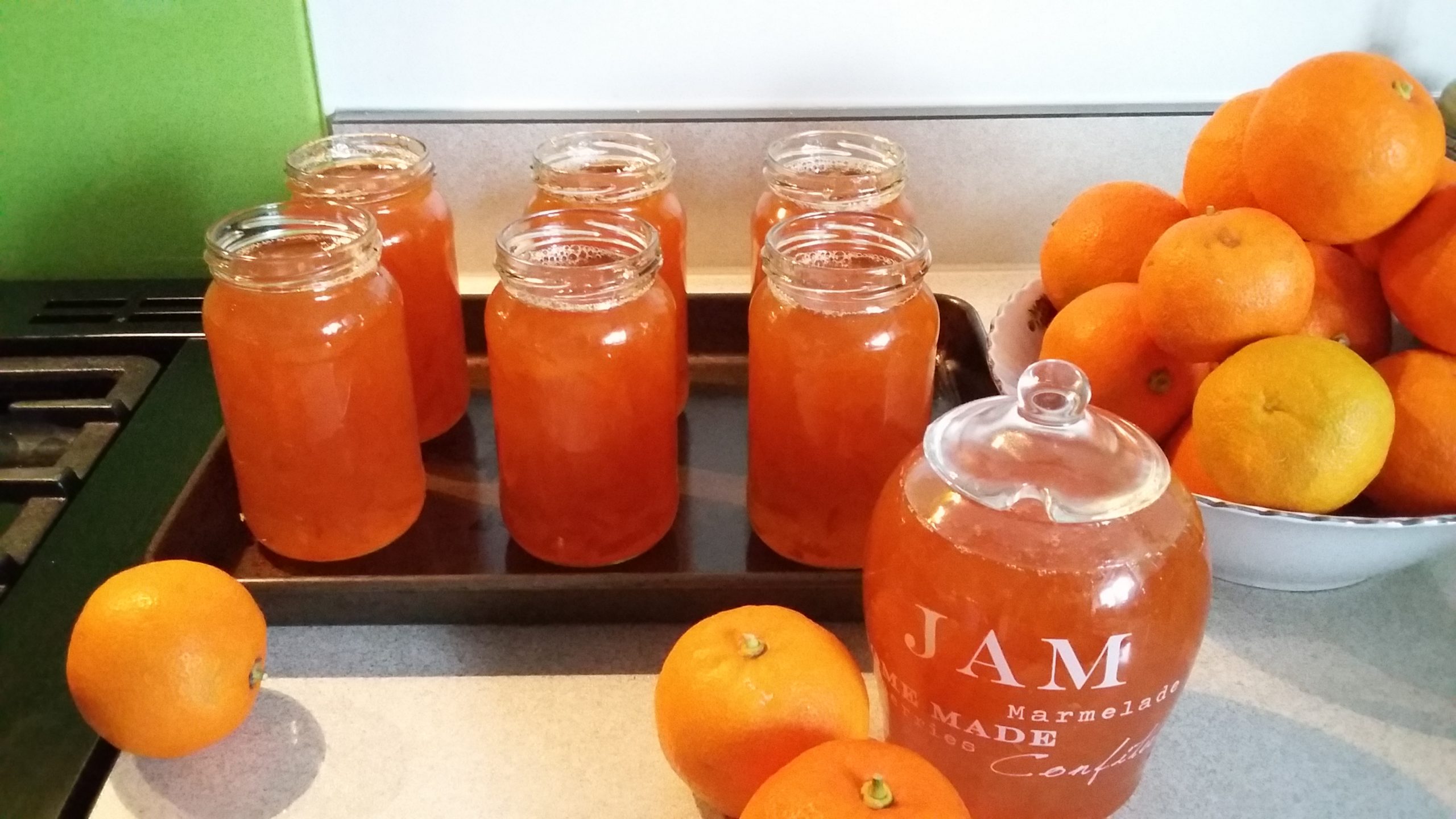 Whilst the King, in A.A Milne’s poem ‘The King’s Breakfast’, may have preferred butter on his royal slice of bread, we at the Old Bakery tend to follow Paddington in our love of marmalade. Last year I made my first ever batch of marmalade and it worked out quite well, even if I say so myself, and so now that the Seville oranges are in the shops again, I will be getting out my jam pan and sharp knife and chopping away in order to put some homemade marmalade on the breakfast table. 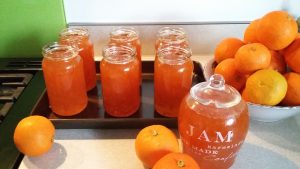 There is something very special about this sunny, sticky orange spread and it comes just when we need it most, January. What a dull and depressing month January can be. After all the lights and glitter of Christmas, the visiting friends, mulled wine and the Strictly Come Dancing Christmas Special, January arrives like a deflated balloon. So what better than to cheer you up than an afternoon in the kitchen making marmalade. The colour is so glorious it reminds you of warm summer nights and the smell that permeates the whole house is heavenly. Its’s hard to feel the effects of a grey January day when there is so much joyous orange essential oil wafting through the air. Although a word or warning – try and avoid getting any bitter orange juice in open wounds as it does tend to dampen the mood somewhat).

I used the River Cottage Recipe for Seville orange marmalade www.rivercottage.net/recipes/seville-orange-marmalade  which requires you to soak the peel overnight before cooking it and, because Jim likes chunky marmalade, that is what everyone gets – plus it is a little easier that trying to slice the peel into tiny slithers. Other recipes are available on the internet but I like this one as it set, tasted great, and wasn’t that hard for a novice preserve maker.

Growing up it was Dad who made all the jams and pickles and he taught me how to check whether the setting point had been reached by dropping a little of the mixture onto a saucer that had been in the freezer for a couple of hours. If the mixture wrinkles when you push your finger into it then it’s ready, if not return it to the boil for another 5 minutes and test again.

I had heard a lot of people say that making jam and marmalade was hard because of all the equipment you needed but I can honestly say that I didn’t used anything other than stuff I already had in the kitchen. After my first couple of batches I did buy a funnel to make it easier to get the mixture into the jam jars but otherwise no special equipment was used.

Since my initial batch of Seville orange marmalade I have dabbled with different combinations of seasonal fruit, sometimes adding a wee dram of whiskey or a little drop of gin, and rarely writing the recipe down – memo to self ‘write it down in the future so you can repeat your successes and avoid failures’ – but a good old fashioned Seville orange marmalade is hard to beat. Not too sweet, enough bitterness to be a grown up preserve, and with the sunny colour of summer what more could we ask for … other than a pot of tea and a little bit of butter for our bread.